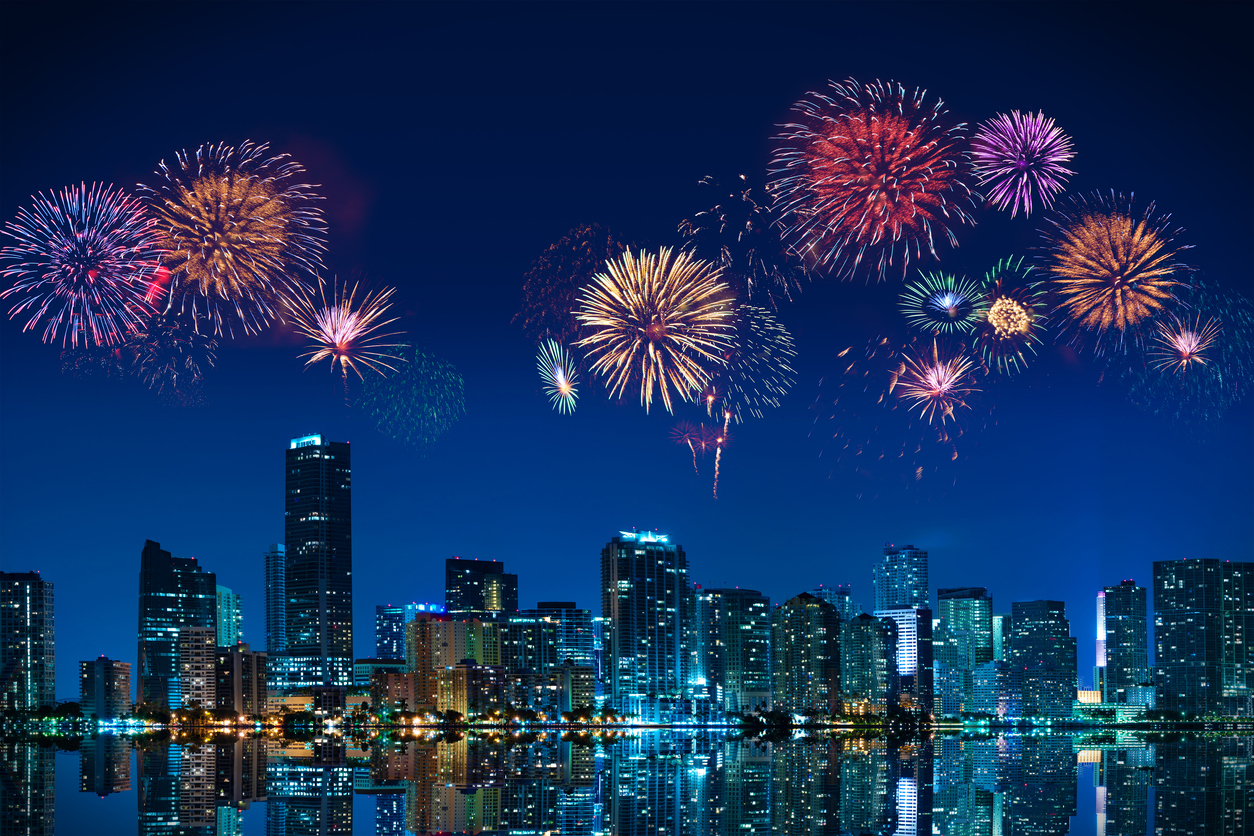 December is such a pleasant time to be in Miami, it is not only the cooler sunny skies that are the magnet but also the barrage of top-line events that start kicking off in and around the city…

…the art and music festivals…

…lots of high-caliber entertainment, Katy Perry and Janet Jackson are in town…

And of course, lots of fun events are getting underway in the midst of the Christmas frenzy and New Year fireworks, including some beloved recurring events… the Christmas boaters and the wacky Mango Strutters come out in full force again this year and we get ready to welcome college football fans for the Orange Bowl.

For our nature lovers, this is the perfect time to get out and soak it all up, our State and National Parks are teeming with wildlife, enjoy!

The concert and entertainment scene in December 2017 features:

Especially for Kids and Families

In the Sports Calendar:

Art Basel Miami Beach is without a doubt one of the premier events in the world art scene and certainly one of the most prominent in the U.S. This long weekend in early December is traditionally the unofficial kick-off to the city’s busy art and cultural calendar and is quite unique in that it spawns so many other events and satellite exhibitions, if you are into arts and design, this is definitely the time to be in Miami.

Satellite fairs and events will pop up in and around the city, keep an eye especially in the up-and-coming districts of Wynwood, the Miami Design District, and the Faena District.

Sailboats, Yachts, Barges, Gondolas, Kayaks… ANYTHING that floats, all decked up with thousands of lights and a merry spirit, traversing the waters of the Intracoastal, what could be more fun this holiday season?! On its 46th year, the Winterfest Boat Parade has become one of the most awaited events, this year the Ft. Lauderdale shoreline will be coming alive once again.

Some fantastic entries and surprises in the past have included a floating bus, the Galleria Mall reindeer barge, a fire truck, Mickey and Minnie… can’t wait for this year’s parade!

Where? Intracoastal Waterway from Ft. Lauderdale to Pompano Beach

How Much? Free along the parade route, Grandstand viewing areas available.

King Mango Strut at the Grove

So what is it? It’s a parade with a party atmosphere on a fun and laid back afternoon the last Sunday of the year. The theme or rather themes of the parade are well, anything and everything that made the headlines this year, Mango style of course, meaning, it is a parody of the year’s highlights all in the name of fun. Like for example? Everything and everybody is fair game, the TSA, the Pope, twinkies, the Royal Family, politicians, especially politicians …

Who participates? Anybody can participate, as in, “be on the parade”. This is not an over the top parade, the “floats” are not fancy structures or designs, it is all very relaxed with hilarity and fun as the only requirement.

Is it ok for kids? Yes, the Pre-Mango Strut activities begin with the Little Miss Mango Pageant for kids 5 to 12, it is a VERY competitive pageant and all contestants are expected to win, the winners get to ride in the opening “float” of the parade!

So take part or just come to watch, bring a cooler, a folding chair, and be ready to spend the funniest and craziest time.

Where? Downtown Coconut Grove from Green Street to Coco Walk then back to Commodore Plaza

Miami might not be Times Square, but we do have our very own “Ball Drop” and spectacular fireworks over our beautiful bay.

As in prior years, Miami’s global superstar Pitbull will be hosting the smashing live event to welcome 2018 in Bayfront Park.

Bayfront Park will be the place to be for the largest FREE New Year’s Eve party in South Florida!

Where to Park? There is limited, paid parking at Bayfront Park. You can also park at Bayside Marketplace nextdoor or take the Metrorail to the Government Center Station then transfer to the Metromover Inner Loop to Bayfront Park.

No bottles, cans, coolers or personal fireworks are allowed at the park.

Madrid’s historic Mercado de San Miguel comes back to Miami! Tapas, ham, paella, gazpacho, gambas, fish… and a tinto de verano to wash it all down…

Selected Spanish chefs and vendors will set up kiosks and small carts at the wide open air area in Bayfront Park, recreating the atmosphere of this beloved food market.

When? Thursdays thru Sundays – dates TBA

Where to Park? There is limited, paid parking at Bayfront Park. You can also park at Bayside Marketplace nextdoor or take the Metrorail to the Government Center Station then transfer to the Metromover Inner Loop to Bayfront Park.

How Much? Admission is FREE, food prices range from $2 for small tapas to $8 for larger dishes.

The largest Christmas-Themed Amusement Park and Carnival is back on its 26th year with its 3 million lights, 92″ Christmas tree, and the carnival rides for little ones and those wanting a little more extreme.

Located in the heart of Miami in Tropical Park, you will no doubt see the lights from the highway as you drive past.

It is a huge sprawling lively event, just coming to see the lights is worth the trip. Tons of entertainment for kids and families round it all up. There are the many live shows, games, magic acts, mazes, all sorts of rides, from carousels to roller coasters and drop towers and of course, the carnival food!

Featuring live camels, donkeys, goats, and sheep, along with an innovative mix of digital and live-action characters, including Mary, Joseph, Jesus, the prophets, angels, the Wise Men and more!

This spectacular depiction, complete with narration, digital projections, and a choir, is fun for the entire family!

How Much? FREE and open to the public. Guests are invited to bring canned goods, which will be donated to a local food bank.

Miami For Kids And Families This December 2017

Family Fun Fest is a FREE program at Biscayne National Park brought to you thanks to the many volunteers and park sponsors.

It is held on the second Sunday of the month during the “dry and cool” season, December through April with lots of fun and educational activities for kids and adults alike.

There is also “Family Fun Fest Junior” with lots of activities for toddlers and little ones!